At the Party Team, we know how difficult it can be to raise funds for your organization. Fortunately, with our new offering, the Game Show Gala, it’s both simple and fun! Challenge your guests to raise money to compete against each other in an elegant game show setting. The Gala is based on our wildly successful Survey Says, and it’s guaranteed to be a smash! 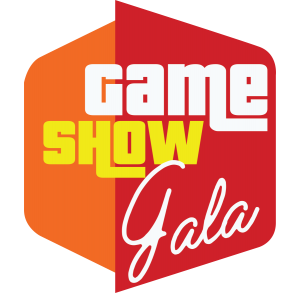 What is the Game Show Gala?

The Party Team produces a game show made to look and feel like a very popular televised show that we call Survey Says.

The production is complete with Game Show Host, his/her assistant that runs our software, music, the face-off podium on center stage, team booths, projection, sound, and uplighting. The “set” is located at the head of the room, preferably on a large stage that the venue provides.

The Game Show Gala is produced at a venue of your choice that is large enough for your crowd and appropriate for the event. The crowd consists of the competing teams, their guests who purchased tickets, and your general supporters who came to support the event and watch the fun.

How Does it Work?

Your organization organizes a collection of team that are most commonly organizational teams. Ideally each team is a corporate group that has 5-7 team members/employees playing collectively for the team.  It does not cost anything for the corporate group to participate, however each member of the team is responsible for raising a predetermined amount toward their team goal.

To reward overachieving their goal, the teams that raise the most funds are given bonus points to start the round, and much like an athletic tournament bracket, the top raising team will match up against the team that raises the least.

In the middle of the production we recommend a presentation and paddle raise fundraiser. Combining a video and testimonial from a program beneficiary can be a powerful message – especially after your crowd has been drinking and having fun for the last couple of hours. Your emcee solicits guests to raise their paddles at various amounts. It is a powerful fundraiser.

With our live host and game show setup, your fundraiser is sure to be a hit. The Game Show Gala is unlike anything you’ve experienced before, and you’ll want to have it as part of your annual fundraising calendar. Call or submit the online bid request form and we can talk about how the Game Show Gala will work for your organization!

We can upgrade your Gala even more with these enticing add-ons:

Don’t miss out on this golden opportunity! Let the Game Show Gala put your organization on the map!